Click on the image below to enlarge. Then use left and right arrow keys to navigate. ESC to return to this page. 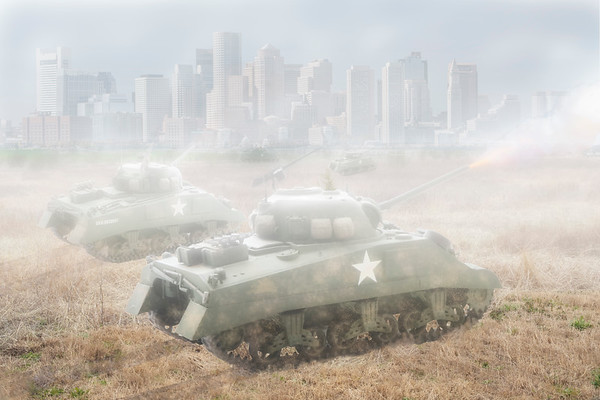 Attack on the City

In addition to the model airplanes my friend builds, he also does military vehicles so I borrowed his M-4 Sherman Tank and made photos of it. I also photographed an empty field near my house and created this WWII battle scene using images of tanks, the field and fire and smoke from images I captured a the Liendo Civil War re-enactment. I added a photo I made of the Boston skyline to complete the image. When people think of battlefields, most don't realize just how much smoke encompasses everything.